So I'm at the farmer's market last Saturday selling pears and grapes from this farm.  Three lovely, jovial ladies wander up and exclaim over the 'baby pears'.  (Seckel pears, that's as big as they get.)  We chatted a bit and as lady #1 handed me a quarter and bit into her pear, I rambled on about how they are from an old orchard here, beyond, before, and much deeper than 'organic'.  Organic has lost any meaning in this country.  I'll show you organic.  Come look at this land and these fruit trees and grapevines.
anyway
Lady # 2 steps closer as lady # 1 gets out a dollar to buy 4 more pears "for later".  She watches her friend bag up the beauties and says something about wishing there was a farm around here where she could just get some real milk.  Trying not to get too excited, I asked what around here meant to her and did 17 miles fit her idea?  That's when she noticed my hat.  Remember the old 'Got Milk?' campaign?  Well I scored that hat from a thrift store shortly after coming to work on this dairy farm.  She laughed and asked if we sold milk.  I told her that we milk cows and deal directly with friends and family at the farm.  We can't sell milk, or cheese, or butter at the market.  No one in a white coat with a name tag from a lab and an office has been out to inspect the milking parlor and kitchen.  Obviously we're not safe and clean and the public must be protected from disease spreading characters like us.  (I said that in my head only.)
anywho
Jill ended up telling us that she has survived breast cancer.  Her oncologist told her to avoid soy.  Jill started doing her own research and discovered that milk sold in stores is also dangerous.  Its heat treated, or 'pasteurized' as they like to call it, cooked.   She also discovered, through her own research, that fresh milk, real milk, raw milk, what ever you prefer to call it, can have many health benefits if it is produced by responsible farmers and their healthy cows. 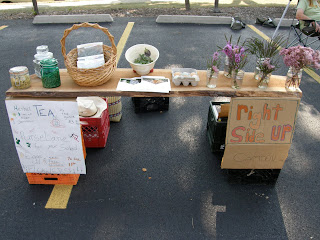 My question is this:  why did her oncologist tell her to avoid soy?  Why didn't her family doctor tell her to avoid soy?  Why have many, many women mentioned to me that their Oncologist told them to avoid soy?  Isn't it a little late by then?  Haven't they already billed the insurance company for the chemo and radiation treatments?  If the family doctor told the women to avoid soy, would the Oncologists miss out on the opportunity to treat the women, then bill for those treatments?
I wonder.  Is it politically incorrect to ask these questions?  yes I guess it is.  But I'm a woman.  and many of my friends are women.  and I am sick at the idea of what's really going here, in our "Health Care System".
I'm not saying that people should drink fresh milk.  What I"m saying is that it should be available to people who want to drink it.  This farm doesn't try to find customers, or supporters, as we call them. We wait until they find us.  Our supporters have done research beyond watching commercials on TV.  They already understand what's important when they come to the farm with their glass jars.  Why do you see so many advertisements for soy and heat treated milk?  Because you need to be convinced to buy it.  We're not going to convince anyone.  The information is out there if you really want to know.  And then when you know, we'll see you at the milk house.